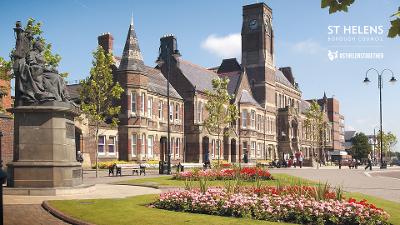 St Helens Town Hall was designed by Henry Summer of Liverpool, with building completed in 1876. It has a grand staircase entrance overlooked by a clock tower with steeple and includes stained glass windows on the main internal staircase, depicting St Helena holding a shield which bore the coat of arms of the town.

The town hall became a popular venue for speakers, events and concerts, with renowned conductor Sir Thomas Beecham making his debut performance there with the Halle Orchestra in 1899. In June 1913, a fire broke out at the town hall, destroying the clock tower steeple and assembly room and leading to a refurbishment.

The current town hall is, in fact, a replacement for the original structure, which was opened in 1839 and contained a magistrates' court, police cells and the town's first public library. In 1871, disaster stuck when a fire broke out, leaving the town hall badly damaged and leading civic leaders to decide to rebuild a new town hall on the same site.

Today the town hall is the civic heart of the borough and home to many events, including council meetings, weddings, and citizenship ceremonies.

Getting to St Helens Town Hall 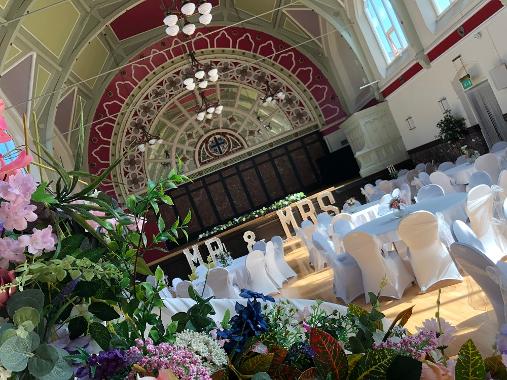 Weddings and events at the Town Hall