Local Plan one step away from adoption after Cabinet approval

The St Helens Borough Local Plan is now one step away from adoption with approval by members at a meeting of the Cabinet today (Thursday 30 June). 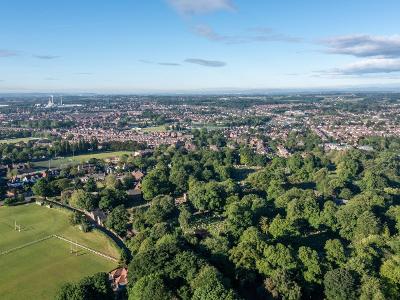 If members of the full council agree on Tuesday 12 July, the Local Plan will be adopted.

Setting out the borough's existing needs for housing, employment, infrastructure and services, together with its future development plans, the Local Plan strikes a balance between growth, prosperity and quality of life for residents over the next 15 years.

In reaching this stage the Local Plan has gone through four public consultations at various stages in its development.

The Local Plan sets out a housing requirement over the plan period (2016-2037) of 10,206 dwellings. The Planning Inspectors concluded that the proposed allocations to meet housing need are appropriate, including those sites to be released from the Green Belt.

The plan proposes to use six per cent of St Helens Borough's Green Belt land, retaining 59 per cent - still the highest percentage in Merseyside.

The Local Plan will also support the £25m Town Deal Fund proposals and the council's ambitions for the regeneration of civic buildings in both St Helens and Earlestown town centres.

"In reaching this stage our Local Plan has gone through a very thorough public process, involving extensive engagement with residents and a wide range of partners and stakeholders.

"Independent inspectors have concluded that our process was robust and that with the addition of their modifications, the plan is sound and ready to be adopted. Indeed, their feedback has helped us to strengthen the plan in several areas, most notably with the recommendation to include bespoke policies for the Bold Forest Garden Suburb and Parkside West site allocations.

"Created with and for our borough to meet our future employment and Government-required housing needs, this plan sets out our ambitions to create jobs, build a mix of high quality, affordable homes and shape infrastructure investments utilising brownfield first and foremost."

The Local Plan can be viewed online at www.sthelens.gov.uk/localplan.