That's the clear message from Leaders of the Liverpool City Region after a horrendous spate of violent crime which resulted in innocent victims being murdered, including a 9-year-old child who was gunned down in her own home. 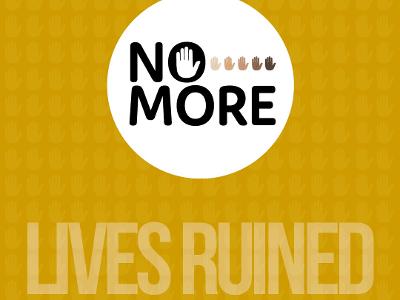 In response to these shocking events, Metro Mayor Steve Rotheram, Merseyside Police and Crime Commissioner Emily Spurrell, the Mayor of Liverpool and the Leaders of Halton, Knowsley, Sefton, St Helens, and Wirral Councils have issued a joint statement to everyone who lives and works in the Liverpool City Region, as well as everyone who visits the area.

In the last few weeks, we have all been absolutely appalled by the tragic murders of Olivia Pratt -Korbel, Ashley Dale, and Sam Rimmer. These three young people had everything to live for. Their lives lay ahead of them, and they could have achieved so much. Instead, they fell victim to violent crime.

Merseyside Police is working hard to identify those responsible and bring them to justice. A number of arrests have already been made, but the police still need help to build up a strong evidential picture for each murder. They, and we, continue to appeal to you all for help to identify these killers and those connected to them. Some people in this region know the names of those responsible and it is time to speak up, do the right thing, and show clearly that you will not tolerate this kind of terror in our communities.

We know that passing on information can be a daunting prospect, but you can speak to CrimeStoppers anonymously on 0800 555 111. We ask those of you who do know something, can you really have it on your conscience if you don't come forward? Can you live with the fact that these young people have lost their lives because of criminal activity which they had no involvement in, and you stayed quiet? Now is not the time for silence, and it is never the time to protect people who are prepared to invade innocent people's homes and leave them dying.

We very much hope that, with the support of our communities, the police will get the information they need to apprehend these murderers and see them face justice. But the sad fact is that, even when that happens, the "problem" isn't solved. 15 years ago, we saw another innocent young person - Rhys Jones - lose his life at the hands of a member of an organised crime group. At the time, we all hoped that such an atrocity would never be repeated. But 15 years on, we are seeing such tragedies again. We are all absolutely appalled and horrified, but is that enough?

Those responsible for these horrendous crimes are part of a network of individuals, and in some cases whole families, who are involved in serious organised crime - most of which is drug related. These people live in our communities, visit the same shops as we do, train in our gyms, and drink in the same pubs. And very often, they are brazen enough not to make any attempt to try to conceal how they generate their income.

Many of us will know someone whose life has been impacted by drugs - it could be the young lad on the street corner selling cannabis, the life and soul of the party using "recreational" drugs at the weekend, or the guy who is driving round in a flash car and living a lifestyle which many people could only wish for. And of course, there are those people whose lives are ruined by the gangs that produce, distribute and terrorise in the name of drugs. How does that make you feel? The drug trade is not a victimless crime; it affects all of us, but do you ever think about the wider consequences?

Well, if ever there was a time to consider those consequences - it's now as we watch families and communities mourn these recent tragic losses. This is the impact on ordinary people of the drug trade and organised crime. Ordinary law-abiding citizens of the Liverpool City Region who simply want to raise their families and live their lives in a place of safety. Innocent children with their whole lives ahead of them. Make no mistake, the drug trade is at the heart of what has happened recently and is a root cause of much of the anti-social behaviour and criminality that can blight our communities.

There is one thing that keeps the drug trade going, and with that keeps violence and terror on our streets - demand. If demand for their product was not so high, drugs gangs wouldn't be able to operate. So, it's time for change. It's time for us all to rethink what is 'ok' and what we are prepared to tolerate and how strongly we share the honest message that ANY drug use fuels this industry of fear and violence. After all, this is also an industry that preys on vulnerable young people to transport drugs, relies on addiction to fuel profits. The killing of Olivia, Ashley, and Sam - three innocent victims - has to represent a line in the sand. It is time for us all to come together and say no more.

We are not asking people to face up to drug dealers or to challenge strangers about their habits. We know that organised crime can't be eradicated by people power alone, but it can be disrupted and weakened. There are steps we can take; we can make the drug sellers feel less welcome in our communities, we can strengthen the message to our children about the dangers of using drugs, we can think much more carefully about the people who we choose to associate with, and we can ensure that our actions do not contribute in any way to fuelling an industry which ruins lives.

If you are a 'casual' user of drugs - think about the implications of what you choose to do. If you are one of those people who is already addicted or exploited, then please come forward - we want you to know that help is available in your area.

The message going out from the Liverpool City Region needs to be simple - No More.

No more drugs. No more turning a blind eye. No more innocent lives lost or ruined.

Our City Region is better than this. The vast majority of people who live in the region are decent, law-abiding people who just want to enjoy their lives in peace and safety. Those involved in serious organised crime are in the minority and now we need stand together and show them that the city region doesn't want them.

Our people deserve better, and our children deserve to grow up without fear. If you are involved in the drug trade and organised crime you are not welcome here.

There is lots of work ongoing across the region to support drug users and help them to get out of the vicious circle they can find themselves in. Those involved in serious organised crime pick their targets, they prey on the vulnerable and don't care about the impact on those people, or local communities, all they care about is lining their own pockets.

And that is why all of the local authorities, education and health are working alongside Merseyside Police on a number of different initiatives, which don't just focus on enforcement, as that alone won't work. We know that by working together we can make a difference but we need you, the public, to work with us.

As a region, we have always shown our resilience, strength, and sense of community. Now, we need that more than ever.

Joanne Anderson, the Mayor of Liverpool

For more information and advice about drug addition visit: www.merseycare.nhs.uk/our-services/liverpool/drug-and-alcohol-services or www.changegrowlive.org