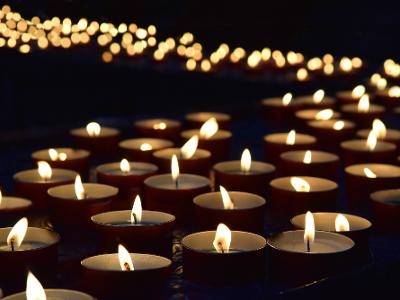 Held every year on 27 January, Holocaust Memorial Day falls on the anniversary of the liberation of Auschwitz-Birkenau concentration camp where more than a million people died during the second world war.

In total, six million Jewish men, women and children were murdered in the Holocaust - while millions of others were killed in subsequent genocides in Cambodia, Rwanda, Bosnia, and Darfur.

Pupils from Nutgrove Methodist Primary School have worked with artist Helen Newell to create figures that will form a new art installation to remember the millions who perished in the holocaust during the second world war which will launch at Thatto Heath Library on Friday 27 January at 2:00pm where a candle lighting ceremony will also take place. The exhibition will be available to view until Friday 17 February.

Meanwhile, St Helens Library Service will share the video 'Moment of Reflection' on its Facebook page throughout Holocaust Memorial Day, featuring prayers and reading in Hebrew, with book displays and reading lists on the subject matter available to library members.

Other gestures to commemorate the day - this year's theme being 'Ordinary People' - include flying the Holocaust Memorial Day flag above St Helens Town Hall - while the iconic Steve Prescott Bridge will join other landmarks across the country in lighting up purple, the colours of the Holocaust Memorial Day Trust, as part of 'Light the Darkness' - a powerful national moment of commemoration and solidarity.

St Helens Council's Cabinet Member for Wellbeing, Culture and Heritage, Councillor Anthony Burns, said: "Holocaust Memorial Day is an opportunity to reflect and remember the countless lives that have been lost throughout history as a result of mass genocide because of ethnicity and religious views, among other things.

"Thank you to the pupils of Nutgrove Methodist Primary School who have shown maturity beyond their years for putting together an excellent exhibition to raise awareness of one of the darker moments of history - proving that the victims of atrocities like this will never be forgotten - and I would encourage anyone able to, to get down and see it while its around."

As a no place for hate borough, St Helens Borough Council is calling on residents to be Better Than That - a movement which asks the people of St Helens Borough to come together to stand united against hate by signing an online pledge.

To show your support, visit https://www.safersthelens.org.uk/noplace4h8